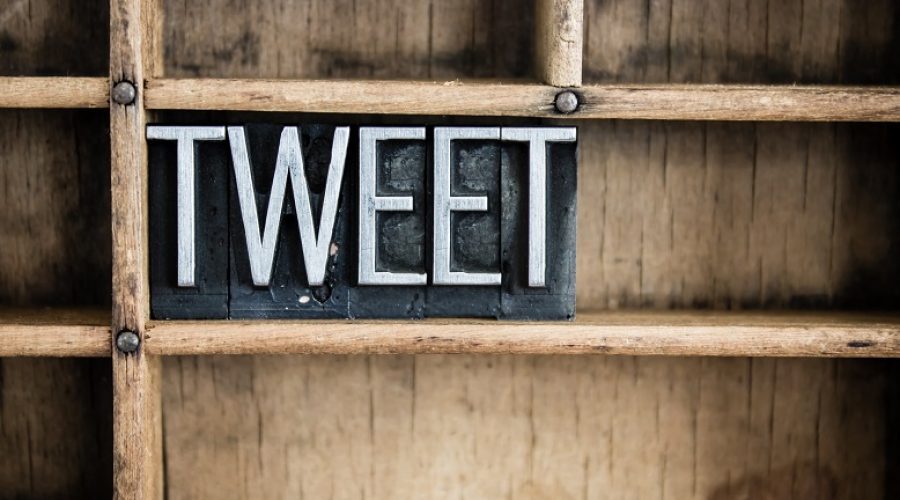 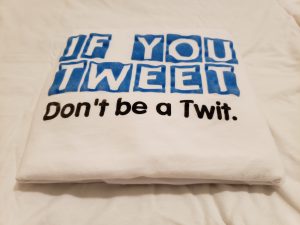 [Trust me] in that I get so — many compliments on the graphic style and phrase above. However, it needs to be properly commercialized. For the lucky individual willing to buy out my interest, and/or take the bull by the horn in properly commercializing it, they will likely achieve a success story they never saw coming. What’s even better, Twitter, [“the company”], has no control over me having either conceived and/or using the phrase. It is a phrase the public adore, find extremely hilarious, and fitting amid the twitter sphere mania.

Perhaps due to a lack of marketing resources, but it’s been somewhat confounding in that no apparel company, t-shirt vendor, entrepreneur, nor investors have either acquired or sought the licensing rights to the phrase “If You Tweet don’t be a Twit.” Particularly, when twitter’s “stats, demographics & fun facts” boast the kind of numbers as presented by the digital marketing experts, Omnicore Agency. More importantly, it’s an adored phrase and could exponentially increase bottom lines if branded and marketed appropriately.

Did you know the concept of microblogging was rooted before the founding of twitter: Even I, several years before Twitter’s debut, owned a microblogging website program named “Deep Quotes.” Through personal assigned accounts, and as an inspirational feature, the program provided users a means to insert daily quotes using a short predetermined number of characters. The quotes maintained a cyclical algorithm. Site administrators would select them based on their profound meaning and originality. The quotes would then propagate on the site’s homepage for public viewing. 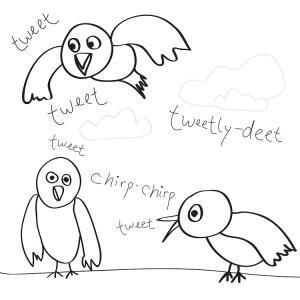 Stupid tweets [brainless tweets] are symptomatic of the common twit. 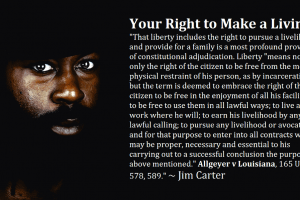 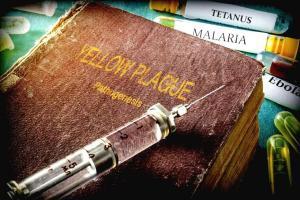 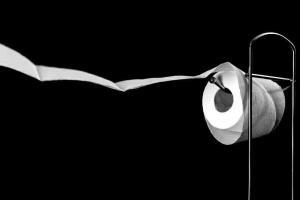